Who’s the starter in the miami backfield? 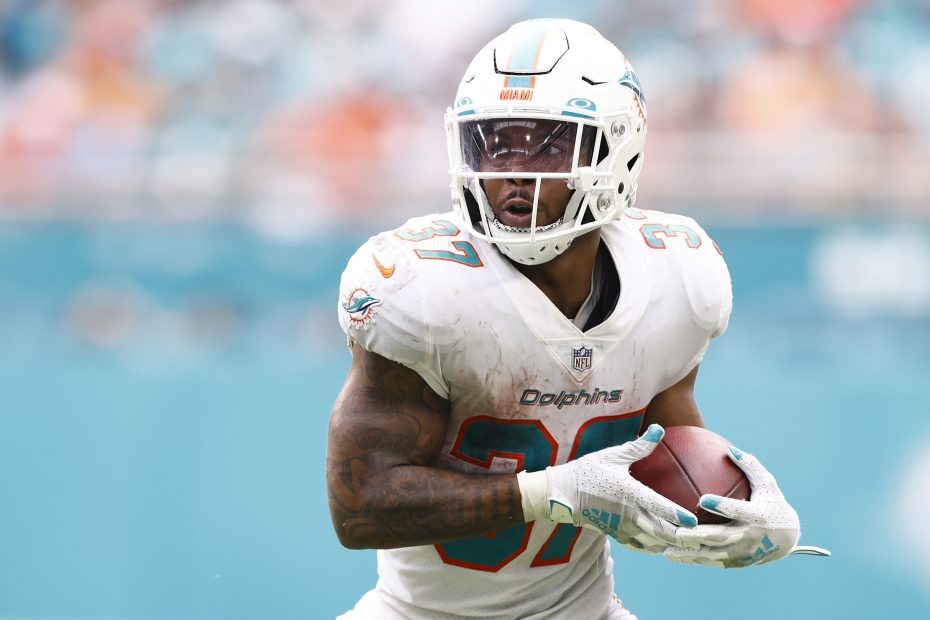 Sony Michel signed a 1 year 2.1 million dollar contract with the Miami Dolphins creating more chaos to an already over-crowded backfield. So who will be the starter when the Dolphins take the field this year?

Miami had already added Raheem Mostert and Chase Edmonds this offseason adding to Myles Gaskin and Salvon Ahmed. It looks like the Dolphins decided to make it an all out royal rumble by adding Michel. It looks like they are in full win now mode and they are doing everything they can to make that happen.

Gaskin led Miami in carries last season, but Mostert and Edmonds are more dynamic players and Michel may give them a run for their money being the most experienced back of the bunch. Injuries could be a serious issue with this cast also and it looks like because of that depth is what Miami is going for.

You could make a case for a triple headed beast, but I think Mostert has potential to run away with the job. Edmonds will be second on the depth chart with Michel coming in third. It’s hard to think they would get rid of Gaskin, but Ahmed is probably cut at some point.

The backfield party is not a bad situation for the Dolphins, but as a fantasy owner I would stay clear of this mess if possible.